After a few month of waiting for my second Crowdfunding Project, i finally recieved my pi-top CEED. I aditionally backed the Speaker so this was an Option in the funding. So wanted to Review a litte bit this Project which i followed from the beginning on.

First i have to say that the Initiators always kept a very good contact to the funders! They posted on a regular Basis News of the Project and so as a backer you were always kept informed. This was especially interesting due to the fact that at some Point they ran into Problems and had difficulties to stay in the schedule. In my opinion very positive and so as a backer i always felt myself very comfortable even with some weeks falling back! I never got the idea that my Money could get lost.

Another nice touch was that they posted on a few occasions Pictures of what we could expect as a result.

As the package arrived at my home i have to admit, that it was very well protected. The packaging itself was as already seen on the Pictures nice and trendy.

Using the device itself… Inserted the SD-Card which was provided and connected the Raspberry-Pi (i did buy it separately) and booted the device up. No Problems with defective Pixels for my device and the Speaker worked after the Installation as it should! Okay… It is not only the physical Installation but you also Need to install the Drivers. Inside the package you could find the How-to or you can read it from the page under this link.

Finally i have to say that the Linux-OS package provided from them is not my favourite… It is quiet Special and has apart from the standard Desktop a Icon based second Desktop. Apparently invented for Kids or Linux-Newbies this should do it work, but for People who are used to Linux not the Thing you want… I will try to get more into that distro and see if it is what i Need. Otherwise i will stick to as usual Distro for the Raspberry.

Anyway… The device itself is of very good Quality in my opinion! I got a green one and the Color is flashy =D I´m lovin it! The idea to hold the Raspi with Magnets is another glorious idea! The only negative aspect is that inserting any USB device may result in misplacing the Raspberry… By being careful it should work.

Roundabout it is a nice Piece which i got for a reasonable price by being a backer. 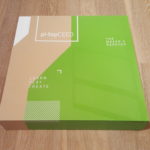 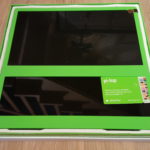 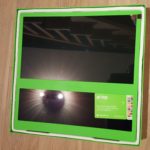 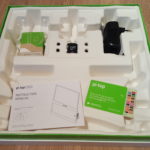